A Baby, a Cat and a Hunter Walk Into a Bar 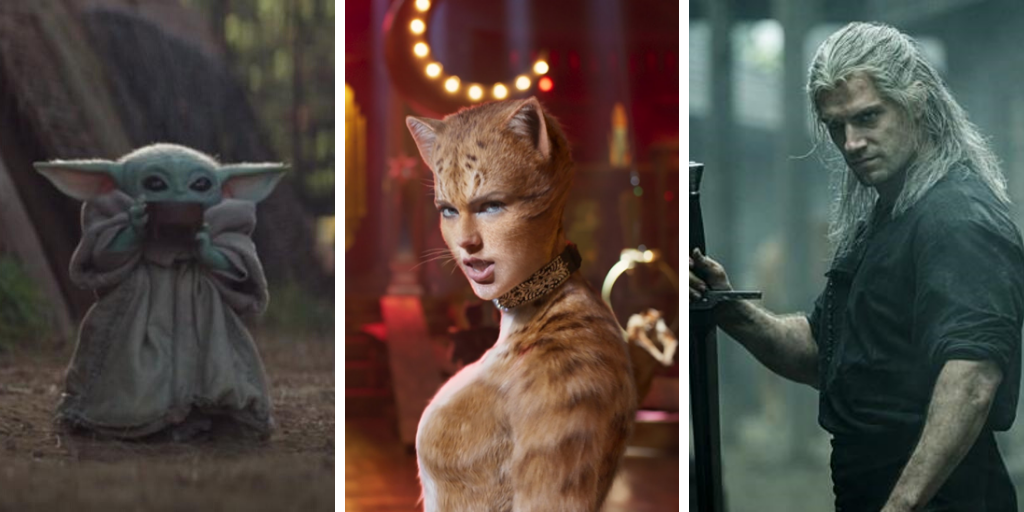 The more the temperature drops, the more shows we watch.

Such is the contemporary state of affairs in many homes across the country during these dreary winter months. Who could blame us? I leave the house in the morning, and it’s dark. I leave for home after work, and (surprise!) it’s dark. We used to handle the seasonal doldrums by packing out the theaters. A disproportionate number of Oscar winners hit the theaters in November and December after all. We took comfort (and perhaps a little Southern Comfort) in knowing at least we were going to see a good film on Friday night.

Then Netflix streaming rose like a phoenix after the short-lived success of its DVD service and saved us from having to step foot outside ever again. Binge-watching became a thing. We were satiated with limitless content at our fingertips. But after 10 years of watching The Office reruns and witnessing House of Cards become a self-fulfilling prophecy, we started to once again look around for something new.

Just when we were going to have to pick up a book or be left alone with our thoughts, the great media juggernaut with a gabbing rodent at its helm burst through the doors and offered us — for only $6.99 a month — untold riches: the Marvel Cinematic Universe, all our favorite animated films from childhood, cartoons as far as the eye can see and The Mandalorian. It was honey from the rock. Disney Plus has stepped into the breach. Praise be.

Now you might be thinking: “Hey I still go to the theater — and watch Netflix — even though I’m currently watching Aristocats for the third time.” Quite right. We have not stopped consuming these former offerings; we’ve just added to our collection. After all, the Venn Diagram of American consumers and Hungry, Hungry Hippos is in fact a perfect circle — we just keep gobbling up content with no end in sight. So now Netflix, Disney and the likes of Amazon Prime, AT&T WarnerMedia (HBO), Comcast-NBCUniversal, etc. are all competing for our attention. The great content war of multinational conglomerates has begun.

How does one win the war for our attention? Of course with the best content, but that answer just kicks the can down the road. How do you know your content will be the best? How does one guarantee it will resonate? Which will have the most famous celebrities? The best directors? The best source material? It doesn’t matter how much blood, sweat and tears goes into original content. We might love it or hate it. Who’s to say what wins until it’s released?

Even the best and brightest in the business don’t always know what will and will not be a success with the audience (e.g. Game of Thrones ended with a whimper, and Jack Ryan is only good when Krasinski is off screen). To further illustrate my point, let me tell you the tale of the baby, the cat and the hunter. 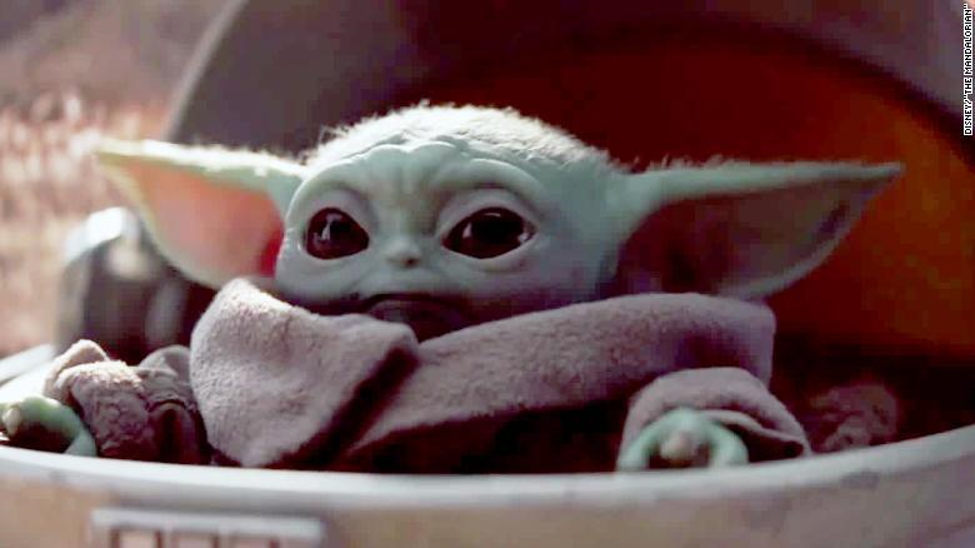 We all know Disney will be making Star Wars content until the end of time and that we’re being lulled into a Matrix-style comatose of content oversaturation, but that hasn’t stopped us from wolfing down the western-inspired Star Wars saga The Mandalorian in a mere two months.

Disney was obviously banking on the success of The Mandalorian for two reasons. 1) It’s the only AAA original content currently on Disney Plus, and 2) it’s the only reason a sizable adult demographic without children would sign up for Disney Plus in the first place. If it bombed, a good chunk of subscribers would cancel.

But the media gods ever favor Walt Disney, and The Mandalorian has been a huge hit, not due to the swashbuckling lead character, but because of the unplanned internet sensation who is Baby Yoda. Unplanned you say? Yes. My first impulse is to think that Baby Yoda was spawned in an underground laboratory where they used the most advanced datametrics to determine this little creature would be the cutest thing ever to 21st-century humanoids. Then, armed with that knowledge, Mickey Mouse threatened to ruin Jon Favreau’s career if the director didn’t have Baby Yoda appear in all eight episodes of The Mandalorian doing super cute things: Baby Yoda drinking soup from a tiny cup, Baby Yoda’s ear drooping, Baby Yoda trying to catch something, Baby Yoda reaching with his little arms, Baby Yoda trying to help!

But here’s the rub. Disney in its great wisdom could not have known Baby Yoda would be a massive hit for one simple reason: there was not enough Baby Yoda merchandise for the Christmas season. Think about it. They could have made hundreds of millions in Baby Yoda merch alone had they known it would have been a massive hit. But they didn’t, and as I write this, Baby Yoda trinkets can’t be kept on the shelves. The demand is far greater than the supply.

They’ll be fine, of course. Baby Yoda is still the cutest thing ever created, and the world is enthralled with it. And so Disney will use all its power to meet the demand in the ensuing months. As good as the show is — the writing, acting, directing and set pieces — the x-factor has been the unplanned popularity of its little green adorableness-in-the-flesh. The force is with Disney… always. 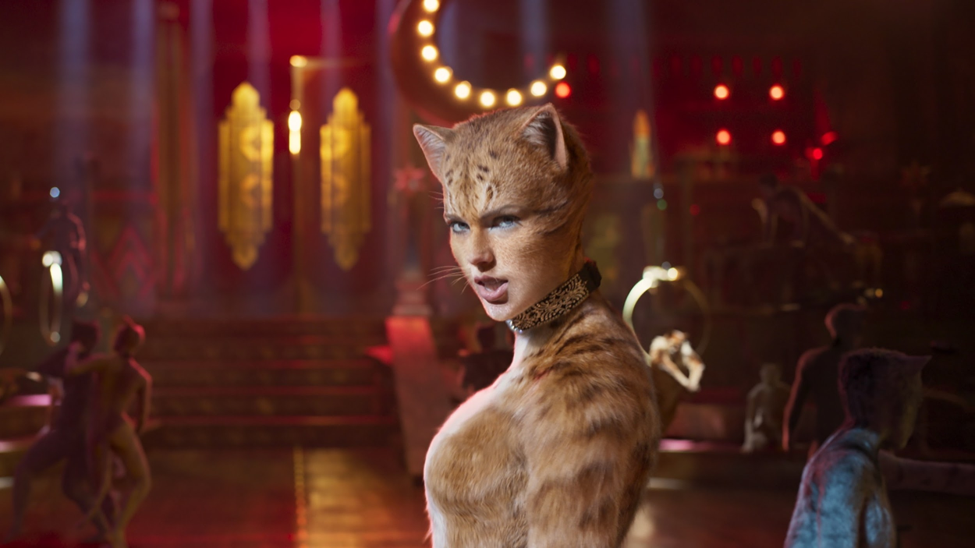 Back in late July, when the dog days of summer hit, our first taste of the Cats live-action remake graced us with its unasked-for presence. Mercy, what a disaster. After seeing the first trailer, we all knew it was dead on arrival. It became an internet laughing stock even before it was released. When winter came, Comcast-NBCUniversal braced itself as Cats hit the theaters, and the audience yowled… like an injured cat. Rotten Tomatoes put it best: “Despite its fur-midable cast, this Cats adaptation is a clawful mistake that will leave most viewers begging to be put out of their mew-sery.” Expected losses in the tens of millions and possibly even a hundred million are being forecasted. Your Comcast cable bill is going to increase a smidge to compensate.

How did this happen? They had good source material. Andrew Lloyd Webber and T.S. Elliot are not a bad duo for crafting a narrative. It was directed by Tom Hooper, who previously won an Oscar for directing the critically acclaimed film The King’s Speech. And talk about a cast: James Corden, Taylor Swift, Judi Dench, Jennifer Hudson, Rebel Wilson and Sir Ian McKellen, who, incidentally, licks a plate during the film Gandalf licks a plate — what’s not to like, America?

Well clearly a huge part of the problem was its nosedive into the uncanny valley — which I’ve talked about at length before — and it didn’t land on all fours. Cats left their supposed audience creeped out. Seeing Taylor Swift prancing around in a mutant cat-human body is not the type of thing that drives the masses to the box office. Once the collective internet has decided what it thinks about something, nothing can change its collective mind. Cats received a giant downvote from the interwebs, and as we all know, no matter what else might be working for that film, the internet does not forgive or forget. Woe unto thee, Universal Studios. You’ve received your universal condemnation. 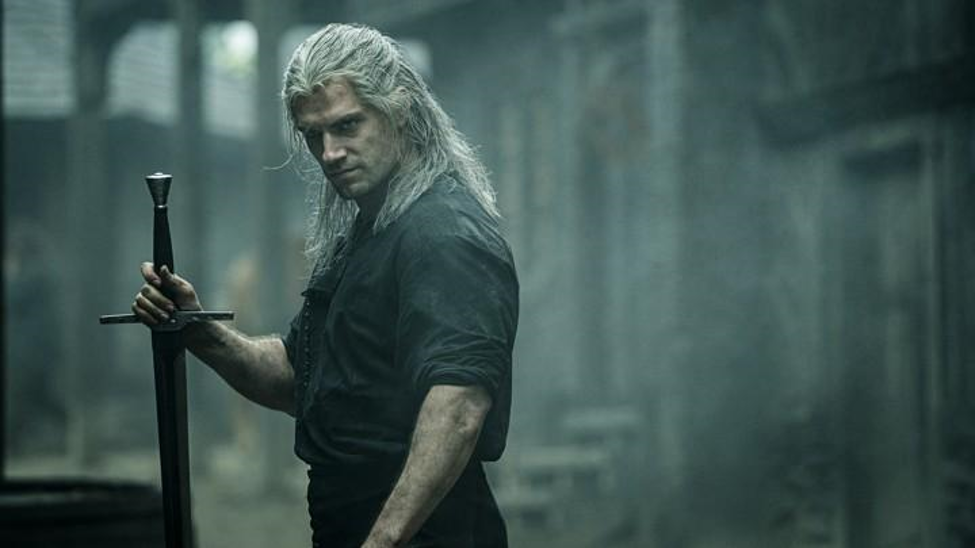 Netflix struck content gold when it procured the exclusive rights to release a new series based on Andrzej Sapkowski’s popular short stories about Geralt of Rivia, a witcher who hunts monsters. Sapkowski’s universe has spawned movies, shows and most famously a video game trilogy — the last in the series is one of the most critically acclaimed video games of all time and made Geralt of Rivia massively popular in the United States. Netflix knows they have something good: an already popular character, no English-language film predecessor, a good story arc that’s been finished for years (unlike Game of Thrones) and an intriguing world of monsters, mages, dragons and swordplay. A Game of Thrones killer indeed.

Advertisements for The Witcher have been at our throats for months now. Henry Cavill’s cartoonishly chiseled mandible is everywhere: buses, billboards, digital ads, magazines and a myriad of trailers and merchandise from here to Nilfgaard. Netflix has proven they still have a lot of capital. But when The Witcher dropped onto Netflix right before Christmas, the overall reaction was a spread shot of “it’s really enjoyable,” or “it’s kinda weird,” or the dreaded “good but not that good” that cuts to the quick of every showrunner.

This disparity in reactions leads me to believe The Witcher suffers from mostly external factors. For starters, it suffers from overhype such as: “It will be the next Game of Thrones. No, it will be bigger than Game of Thrones.” “The fighting is insane.” “The action is so good it makes Game of Thrones look awful.” “It’s weird, and that’s why it’s brilliant.” “You’ve never seen anything like this on screen…” blah, blah blah. Don’t bribe the film critics to tell everyone that it’s the next Game of Thrones! Nothing can live up to that hype. Game of Thrones was the biggest show in history, and still no one knows exactly why, so don’t put that pressure on a story that’s still a completely unknown to many people.

The Witcher, if it’s not already good, has potential to be a very good show, but it’s a weird, strange world, and its audiences need to warm up to it first. Sapkowski is a Polish national, and a great many elements of The Witcher are taken from Polish lore, which to Americans may seem unfamiliar and foreign. George R. R. Martin, on the other hand, is from New Jersey and was always writing for an American audience.

Another external factor is the Netflix drop-every-episode-at-once format working against them this time. People needed to watch the first episode and discuss it with their nerdy coworkers before they could see the next episode a week later. That break between episodes would help generate more hype around the show and also help people foreign to the Witcher world understand it better. Game of Thrones would not have been as popular if its viewers had not come to work on Monday and discussed the previous evening’s episode. Alas, Netflix, for whatever reason, still believes in their binge-watching methods, even when every metric and recent example is proving that ill-advised at this point. Unfortunately, it’s a bad omen for Geralt of Rivia, and his medallion has started humming.

Maybe Disney does know what they are doing better than the rest. The proof is in the pudding, but even they could not have predicted the Baby Yoda craze from The Mandalorian. Cats on paper was not a bad idea, but by the time it got to the digital post-production phase when any rational human being would have realized this was a giant stinking litter box, they had already dumped at least $50 million into production. Netflix is proving that they can’t get out of their own way when it comes to the success of its giant-killing show, The Witcher. In the end, it’s always a big gamble when it comes to these “too big to fail” movies and shows. Here’s hoping these media giants will learn from their mistakes and salvage what they have by introducing the aforementioned mutant cat-humans as the first monsters Geralt must hunt in season 2 of The Witcher. I don’t think you could overhype that. 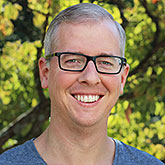 Danny brings more than six years of motion graphics experience to the table as VantagePoint’s digital and motion graphics designer. He currently lends his talents to VantagePoint’s full range of clients, bringing their brands to life on-screen. Outside the office, Danny is committed to his own personal art projects, as well as taking a breather every year to backpack and venture out west.
Posted in Digital
Tags: cats, the mandalorian, the witcher, tv hits