All Posts by Josh Harm 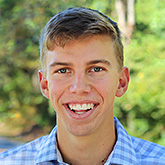 A graduate of Bob Jones University with a degree in business administration, Josh joined the VantagePoint team as an account coordinator in 2017. He’s a Greenville native, but also grew up in Denver, Colorado, Sacramento, California and Cincinnati, Ohio — which probably explains his fanhood for teams like the Denver Broncos and Cincinnati Reds to this day.

Design: The Attitude of Advertising [Infographic]

When it comes to advertising, how something is communicated is just as important as what is being said. You can have the best content in the world, but if your creative assets don’t grab the attention of the target audience, the message will be missed.

Dilly Dilly! | How Bud Light is winning the advertising game

“Dilly Dilly!” is a phrase that has almost been impossible to escape over the past couple months. Read on to learn the background of the phrase, how it’s impacted current culture and why the campaign has been a huge success.