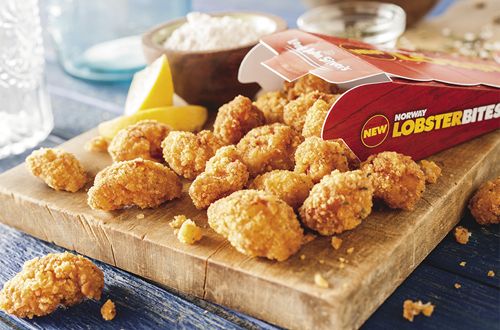 A recent article in QSR Magazine described how quick-service chains are gearing up for increased seafood sales during Lent, which begins this Wednesday. Brands like Arby’s, Culver’s, Church’s and Subway are rolling out major promotions to take advantage of this annual window of exposure — but it was one chain in particular that caught my eye: Long John Silver’s.

How does a restaurant built entirely around seafood capitalize during a time when every chain is focused on similar offerings?

The answer: they’re taking the long view — and it’s paying off. According to the article, Long John Silver’s sees 25-40% increases in weekly unit volumes during Lent, but it’s the intense awareness generated during this period that helps bolster sales all year long. Kicking off the effort was the chain’s “Think Fish” campaign that launched last month, using TV and social media to spread the word about choosing more seafood.

So while other chains might use the Lenten season to simply test limited-time offers and new products, Long John Silver’s sees an opportunity to position itself in the minds of consumers for the whole year — a profitable approach so far and a smart way to stand out among a crowded field of competitors in the long run.

In a related story, the jury is still out on their new Norway Lobster Bites…

With more than a decade of agency experience, John leads the writing effort at VantagePoint for the company’s full roster of clients. As senior copywriter and content developer, he’s also involved in the concepting process, working with the creative team to bring new ideas to life. A proud Virginia native and Furman University graduate, John originally hails from Richmond, where he developed a love for writing early on — as well as a pseudo-obsession with NASCAR.
Posted in Advertising, Marketing