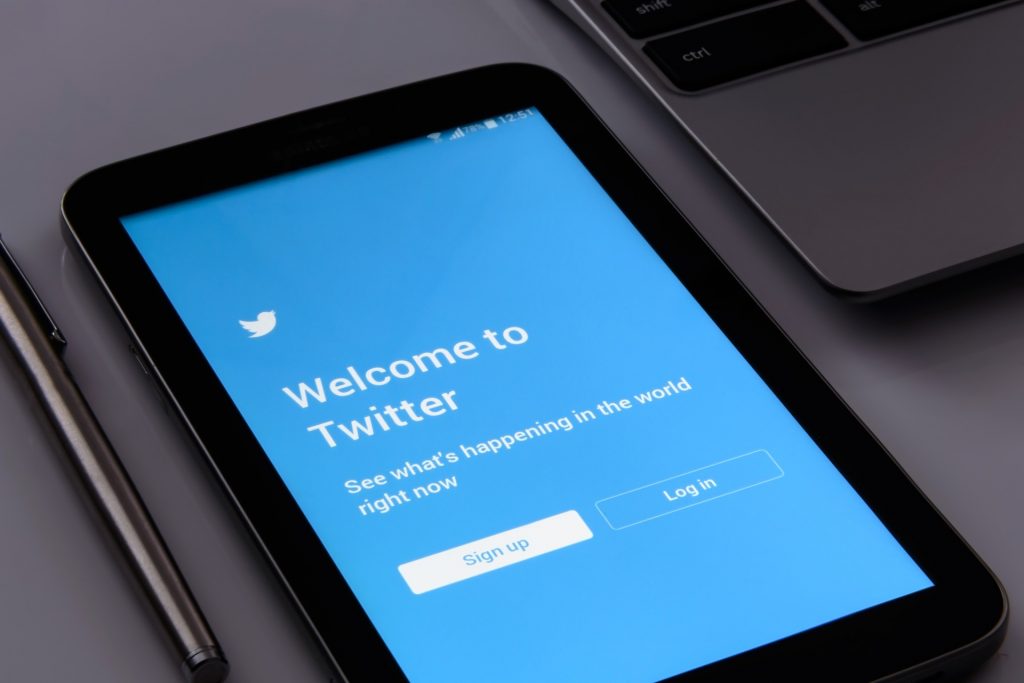 There are over 335 million active Twitter accounts. Some use the platform better than others. Some use it to educate, some to provide humor, some to promote and some for no other reason than to ask the band Weezer to cover Toto’s “Africa”. Though Twitter is vast and (at times) seemingly irrelevant, there is at least one group that has harnessed the power of Twitter.

In the ultra-competitive QSR world, the Twitterverse has become a proving ground of who can employ a little bit of all the practicalities of the social media channel the best. Over the past few years, we’ve seen a number of chains establish themselves as industry leaders and innovators on the platform.

NetBase, a social analytics company, released their annual Restaurant Brands Report that named the top 10 QSR social media accounts based on mentions received. Based on the content these accounts post, it’s clear these are 10 of the 335 million accounts that know exactly what they are doing.

When you’re the largest fast food chain in the world, sometimes the world looks to you for sage advice. Subway accepts that challenge and graciously provides the world answers to its most important questions. 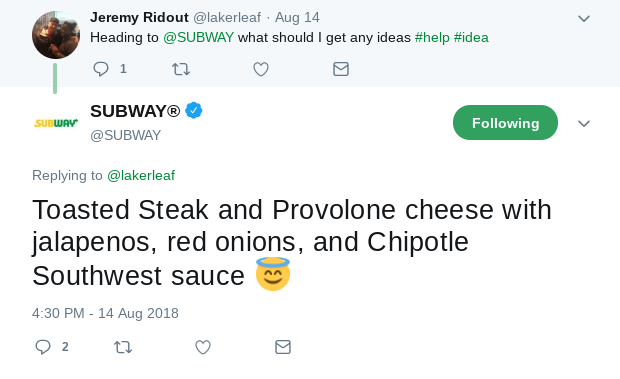 Where Subway answers important questions, Panera has proven that asking them can be just as effective at building your Twitter clout. 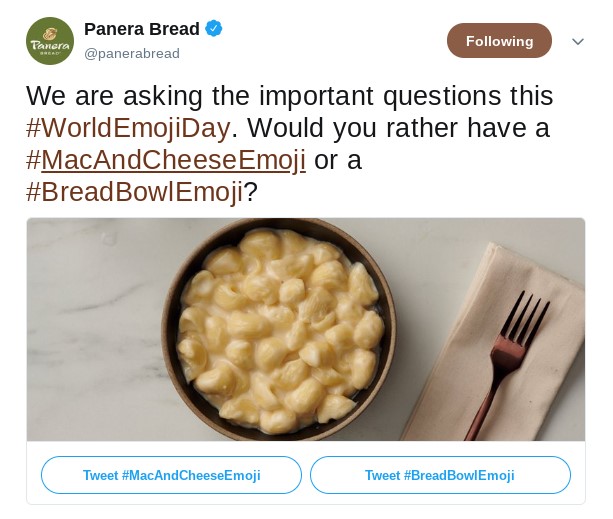 After the Big Mac, the defunct Monopoly game is probably one of the first things that comes to mind of many when considering this fast food king. Today, they’ve jumped in on the cryptocurrency fun and are using Twitter to drive their new promotion. 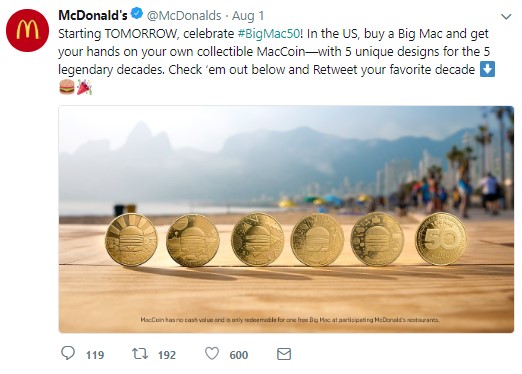 For better or worse, it seems the Seattle based cafe franchise is always at the center of some cultural topic of discussion. Most recently, they’ve taken to Twitter to plant their flag in the hotly debated plastic straw conundrum. 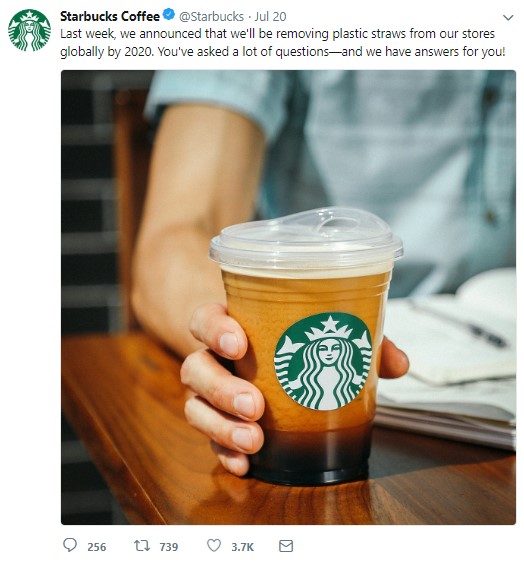 How did Dunkin’ Donuts make the top of the Twitter charts? Precise and informative how-tos like this encourage healthy engagement for their channel.

Drumming up fresh Twitter beefs (pun absolutely intended) is something Wendy’s does best. Their recent rap battle with Wingstop was one for the ages. If people hadn’t heard about Wendy’s masterful use of the social channel before this, well they just weren’t paying attention. 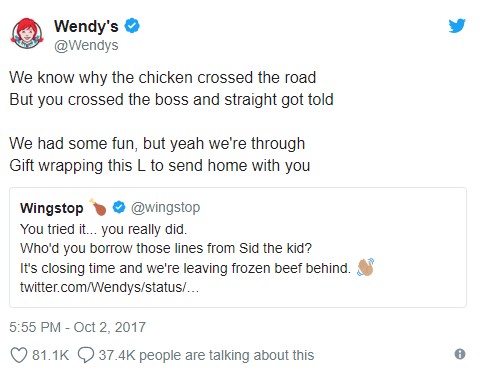 When you think of Olive Garden, you think of one thing: Free, all-you-can-eat breadsticks. More importantly, OG KNOWS that’s what you’re thinking of. A scroll down their Twitter page shows they obviously derive engagement by consistently preaching what their customers love — breadsticks. 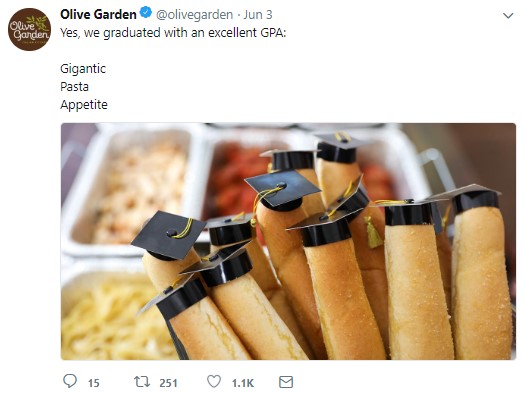 The pizza giant made their product even more on demand by enabling purchases over Twitter. When you can make a pizza order as simple as sending a pizza emoji, you’re sure to get your share of retweets, shares and likes. 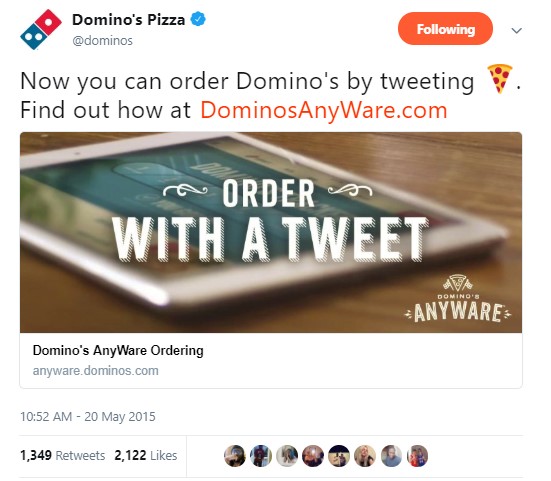 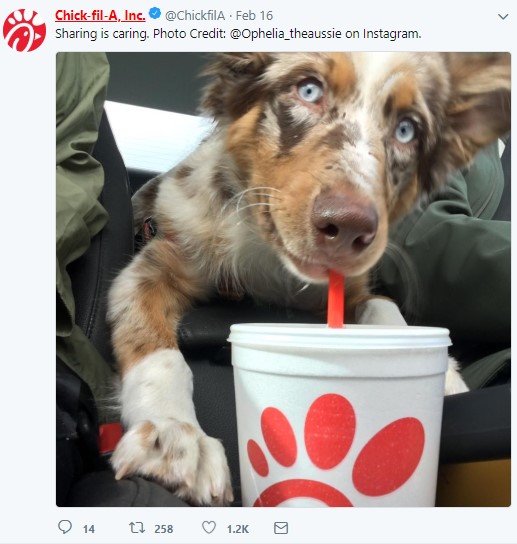 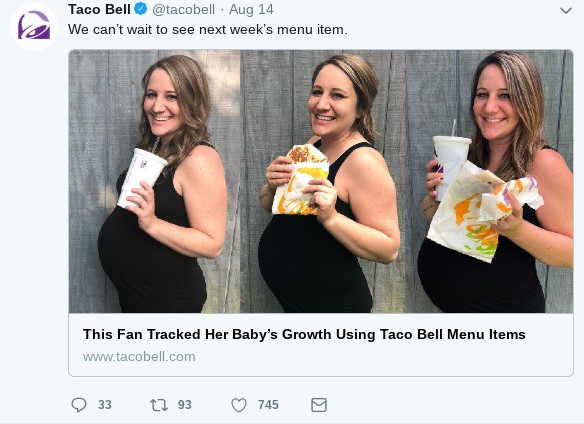 We can all take a lesson from these brands and how they’re using social media to further their brand’s voice. Unclear about how the social media success of B2C chains can translate in the B2B arena? Take a look at this blog that shows they’re more similar than you may think. 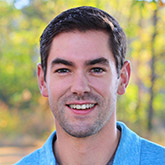 Alex is a content specialist and market development manager for VantagePoint. A graduate of St. Michael’s College with a degree in journalism, Alex has several years of experience in the world of PR account management. Like any good native New Englander, Alex is also a self-avowed Red Sox and Patriots fan.
Posted in Content Marketing, Digital, Foodservice, Public Relations, Social Media
Tags: foodservice social media, how to twitter, social media, Twitter