When Nancy Kruse spoke at VantagePoint’s Insight2Impact Foodservice Marketing Summit, she laid out five predictions for menus in 2017, which we’re highlighting in this series of blogs. The first three sections covered a variety of food choices, from “clean” eating and healthy living to the decadent indulgences of comfort food.

Any modern discussion about dayparts in restaurants inevitably raises the issue of breakfast. Your mom always said it was the most important meal of the day, and restaurant industry research is showing that it’s the only meal that has experienced an uptick in sales over the last few years.

McDonald’s launched all-day breakfast about 18 months ago in what was dubbed the “biggest food story of 2015,” and breakfast foods, whether eaten during the traditional morning hours or other times of day, have shown no sign of slowing their growth since then.

And a hot breakfast is something many of us do not make for ourselves at home, creating an opportunity for restaurants to capitalize. Breakfast has been a consistent sweet spot for restaurants like Denny’s, IHOP and Cracker Barrel that can’t compete in the grab-and-go arena but can certainly take the lead in attractive breakfasts that consumers would not typically make for themselves, Kruse said.

Once McDonald’s sent shock waves through the QSR industry with its all-day breakfast in late 2015, competitors rushed not only to keep up but to offer their own innovations to lure consumers.

Among the innovations was a breakfast pretzel sandwich with an Auntie Anne’s pretzel bun introduced by Carl’s Jr. and a waffle breakfast slider offered by White Castle, which actually beat McDonald’s to the all-day breakfast phenomenon, though with much less fanfare.

McDonald’s, too, has continued to push breakfast innovation to the fore (and appeal to the health-centric eaters) by introducing breakfast bowls, including an egg white, turkey sausage and kale bowl and a scrambled egg and chorizo version.

Breakfast and all its possibilities are far from being completely mined, Kruse said, and some perennial favorites are showing up in unexpected ways.

Cereals have been flagging in the grocery store since 2011, but enterprising chefs are having fun with them. Atlanta’s Grain restaurant featured a Nitro Cap’n Crunch made with the beloved children’s cereal and liquid nitrogen, and the Froot Loop-topped “slider dog” was an Internet sensation when it debuted at the Cleveland Indians’ ballpark on Opening Day 2016.

Perhaps more significantly than crazy cereal concoctions, though, is the influence the breakfast bonanza exerts on other dayparts. Even restaurants not traditionally in the breakfast business, like pizza joints, are tapping in by creating breakfast-inspired dishes.

What’s been your favorite addition to the pantheon of available restaurant breakfasts? Let us know in the comments. And be sure to check out the rest of the series on Nancy Kruse’s predictions for 2017 menu trends. 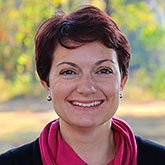 As client engagement manager and public relations specialist at VantagePoint, Amy brings nearly a decade of experience as a reporter and columnist as well as social media management and customer service. She’s a proud graduate of Presbyterian College, and when she’s not at work, her three sons keep her busy with basketball, karate and soccer.
Posted in Education, Foodservice
Tags: breakfast, foodservice trends, Insight2Impact, menu trends