Pick a color — as long as it’s blue or red 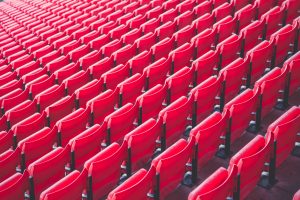 At a recent foodservice industry tradeshow, a colleague and I noticed blue and red logos dominated among the banners suspended from the ceiling above company booths. That observation led me to a Google search where I came across an article that confirmed my suspicion.

According to a study by Udemy and published in Adweek, the most dominant colors used in logos were blue and red — half of the logos on Fortune’s 2015 World’s Most Admired Companies list, in fact.

(Is it a coincidence that Louisville is the only NCAA men’s basketball tournament champion in the past 13 seasons that didn’t have blue as a school color? That may be why I picked the Tarheels this year.)

My fascination with psychology during my undergraduate studies drove my search even further into the meaning behind this color preference and the emotional impact it can have. While any color, along with the shape and typography used, is subjective, these two colors have split personalities:

So does that mean all companies with blue logos, like American Express or P&G, are trustworthy? Or companies with red logos, like Coca-Cola and Target, excite us? Not exactly. Red has also been known to make people hungry, which is perhaps why many quick-serve and casual restaurants choose it — Arby’s, Chick-fil-A, Dairy Queen, Five Guys, Jack in the Box, KFC, Wendy’s, etc.

Every color has multiple meanings — subliminal but nonetheless compelling — that need to be defined.

The initial logo designs we create at VantagePoint are typically presented in black and white, which makes it easier to evaluate the logo without inherent color bias. We also use logos to establish the brand attributes that identify the physical, character and personality traits of the brand, similar to the attributes that allow us to consistently identify individuals.

Will consumers ever get enough of the blue and red? I’d like to think so as brands seek ways to stand out from the crowd and establish their true brand attributes and expression.

For more on how color plays on perceptions, check out this blog on using color to boost your brand. And let us know in the comments below what logo colors or designs tend to catch your eye the most. 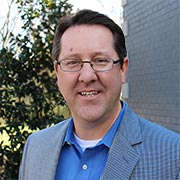 Jon has more than 20 years of marketing and advertising experience. His role as VantagePoint’s research and strategy director places him at the center of brand research and strategy, working closely with our clients to ensure their brands are well-positioned and differentiated. Originally from Cincinnati, Jon is a recent addition to the Greenville team and is making himself at home here in the Upstate.
Posted in Branding, Marketing
Tags: brand attributes, brand identity, Branding, color theory, logo